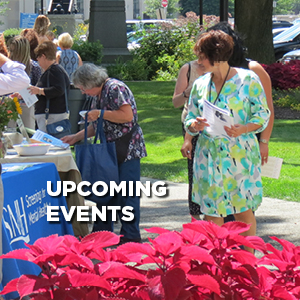 View events for your agency and the statewide campaign for charitable giving. 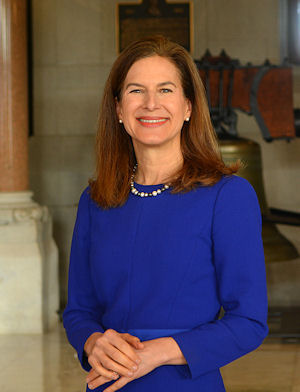 Sworn in on January 9, 2019, Susan Bysiewicz is serving her first term as Connecticut's 109th Lieutenant Governor.

Lt. Gov. Bysiewicz's and Gov. Ned Lamont’s first priority is to grow good-paying jobs and investing in the state's future.

Lt. Gov. Bysiewicz is continuing her commitment to economic growth that made her a leading voice for Connecticut residents and small businesses while she served as Secretary of the State from 1999 to 2011. As Secretary of the State, she helped thousands of businesses grow, registered thousands of voters, cut bureaucratic red tape, honored veterans, and fought to keep elections fair.

As a state representative in the Connecticut General Assembly, representing the towns of Middletown, Middlefield, and Durham, Bysiewicz wrote legislation to ban dangerous "drive- through" mastectomies and ensure that women being treated for breast cancer had proper care. She also fought political patronage and wrote the law to ban lobbyists from giving gifts to legislators.

As a business lawyer and a job creator, she has helped over sixty companies access millions of dollars in capital, expand their businesses, and create thousands of jobs in Connecticut.

Lt. Gov. Bysiewicz was raised the proud granddaughter of immigrants who came to Connecticut from Poland and Greece with nothing but hopes for a better future. After many years of factory work, they saved enough to buy a farm in Middletown that became Bysiewicz's childhood home. Growing up and working on the farm, she and her siblings learned the values of hard work, education, and persistence.

Bysiewicz and her husband David Donaldson reside in Middletown.

THE CONNECTICUT STATE EMPLOYEES'TM CAMPAIGN FOR CHARITABLE GIVING (CSEC) is the once-a-year opportunity for Connecticut State Employees to contribute to non-profit charities through their workplace. Through the CSEC you can make a single gift to help people locally, throughout the nation, and around the world. The contributions made by you and your fellow employees make possible a wide range of vital services: shelter for the homeless, protection of the environment, research for cures of diseases, care for both children and seniors. These are only a fraction of the services provided by the nearly 700 charities listed on this website.